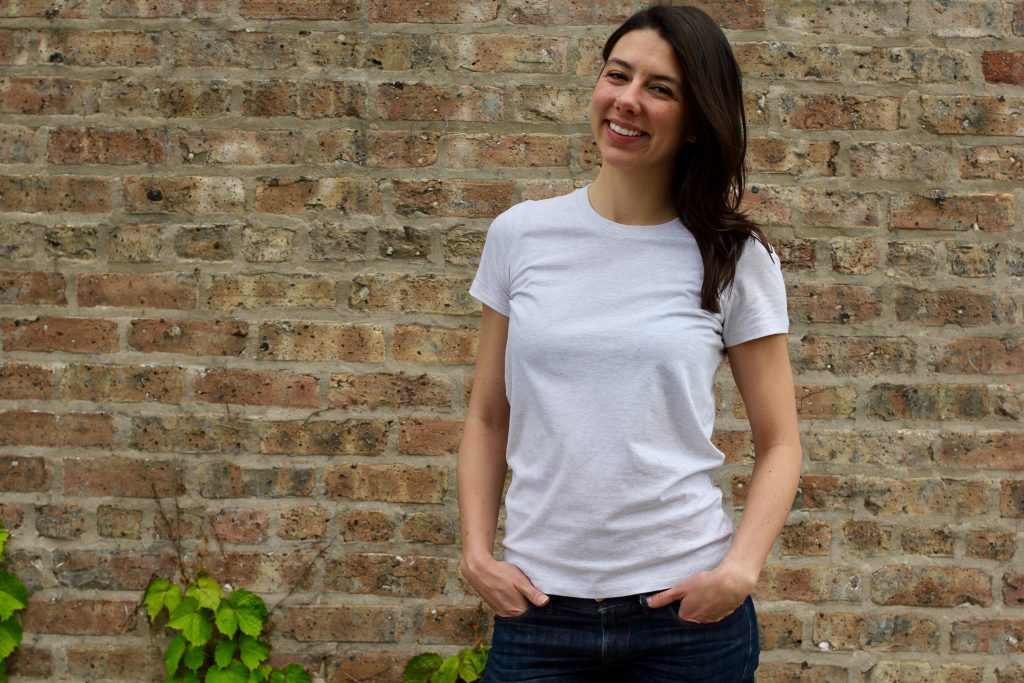 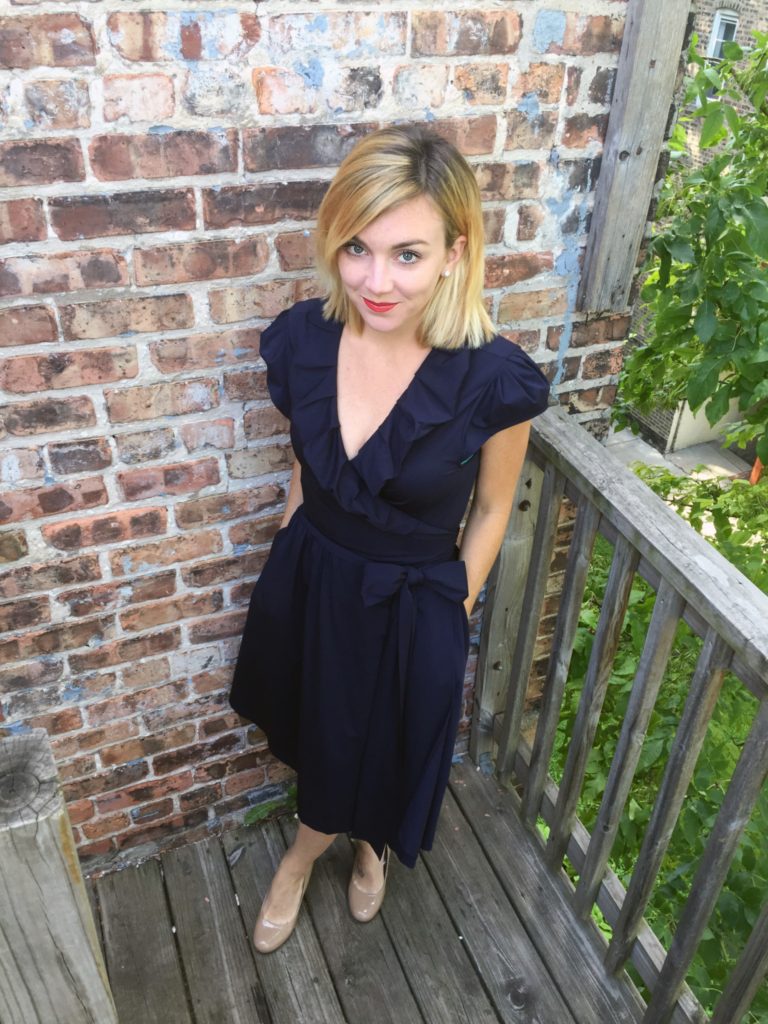 Thanks for checking out our new blog!!

We’ve got a lot to chat about ~ from the perks & pains of being a female entrepreneur/warrior, running an ethical production center in India, and supporting a team of women across the globe ~ to other awesome topics, like traveling tips & tricks, how to get your yoga on anywhere & everywhere, and favorite recipes for our lifeblood : chai.

But, before getting into all that jazz…

Let’s get to know Theresa a little better! 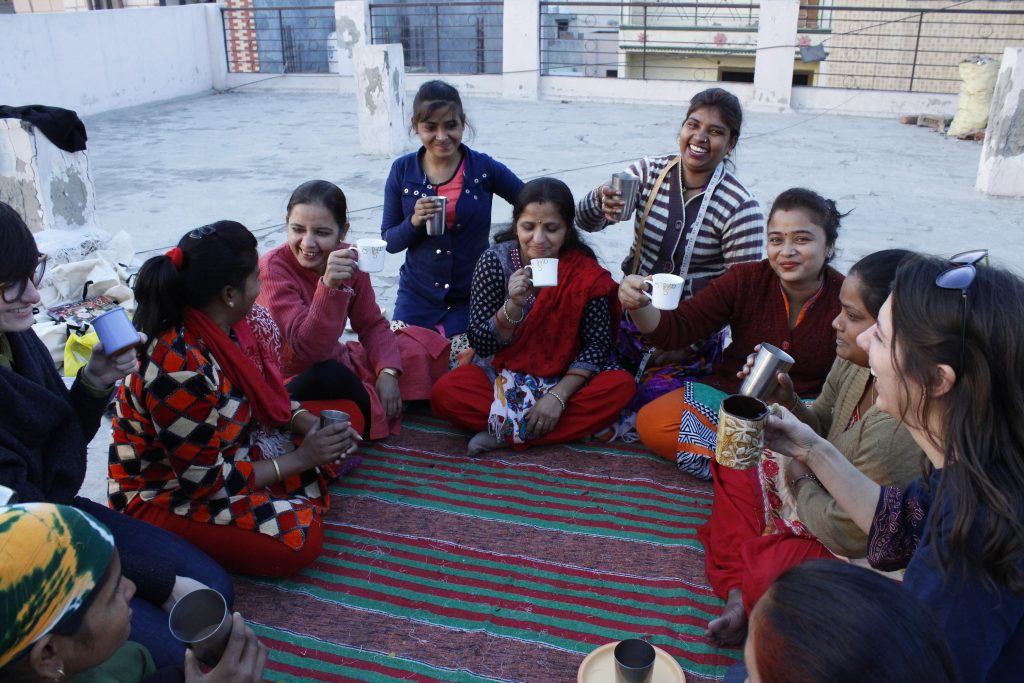 BRIT : You’ve been focused on international affairs since studying in college & maybe even before then – what started you down this path?

THERESA : I was 13 the first time I traveled abroad, and I went to Peru. I was the first of my family to go overseas.

Growing up in the Midwest, my world was small – my hometown had literally one stoplight. I was pretty sheltered – and most everyone else I knew was, too. But I had an ambitious Spanish teacher who was really inspired by Peru, and wanted to bring her students. So when I first heard about it at 12 years old, I immediately knew I wanted to go! My parents didn’t have the money to just buy me a ticket outright, so I started working and doing endless fundraisers. I babysat and worked for my dad’s manufacturing business sweeping up metal chips – even woke up at 5am on my Spring Breaks to go to work – all just to save money for this trip!

After a year and a half of saving, I was finally able to go. I was amazed the first day we flew into Lima, Peru, and started eating passion fruit, and meeting all these incredibly nice people. I immediately felt all the work from the last year and a half was worth just those first few hours! It blew up my world.

This was also when I was first introduced to poverty. I had come from smalltown America, and though my family was working class, I’d never seen children who were starving. This shook me to my core.

After that trip, I got home and had a hard time explaining to my parents what I had experienced. My family kept saying “This is a once in a lifetime opportunity – you are so lucky.” I knew I was lucky, but I didn’t want to accept that this would be the one big adventure of my life. I wanted the rest of my life to be like this. A deep wanderlust rooted and settled into the core of my being. I suddenly understood that the world was infinitely bigger than I had imagined – and it transformed everything.

B : When did you first get the idea for WORK+SHELTER? What was the main trigger that made you know that you had to build this?

T : When I went to India for the first time in 2007, I desperately desired to be a positive force in the world. But before you can act, you have to learn and understand. So I was doing research (sponsored by the University of Michigan) on how economic empowerment impacts women’s lives in India, and an internship at a really great organization that supports craftsgroups’ access to markets (Dastkar).

For me, this basically meant spying on different artisan groups and livelihood creation projects, and meeting individual women trying to make their way in the world by producing some sort of garment, accessory, or handicraft. I interviewed women who were raped by their husbands, widowed with no way to care for themselves or their children, or physically ravished by harsh living conditions at a very young age. I had never before faced this sort of suffering.

I then did an internship at Amnesty International New Delhi, but still felt like I wasn’t really making a positive impact in the world. So many women had shared their suffering with me, but I wasn’t doing anything direct to help them in return. It began to really bother me, and the idea for WORK+SHELTER gradually formed. I hadn’t seen or heard of any organizations that offered women both shelter and a livelihood, and I was fairly confident that we could create a product that people would be interested in buying abroad.

B : People probably call you an idealist, but without living with hope I feel that we cannot expect anything to change. Can you explain in more detail first why India, and then why you are so passionate about helping women in this way?

T : I have a really deep-rooted feeling that I am taking up too much space in this world, and that the pleasures of my life and much of the developed world rest on the backs of the poor in the Global South.

I think a lot of what I do/try to do is catalyzed by this feeling of debt. It also makes me feel like I’m never doing enough. The more I have, the more I owe. And any impact I’ve had so far is so minuscule that it doesn’t really relieve any of that indebted feeling.

All the work I put into planning WORK+SHELTER was necessary, but planning doesn’t help anyone. It will only be helpful when we’re actually able to provide a sustainable route for women to be able take care of themselves and their community. That real impact part has just started. 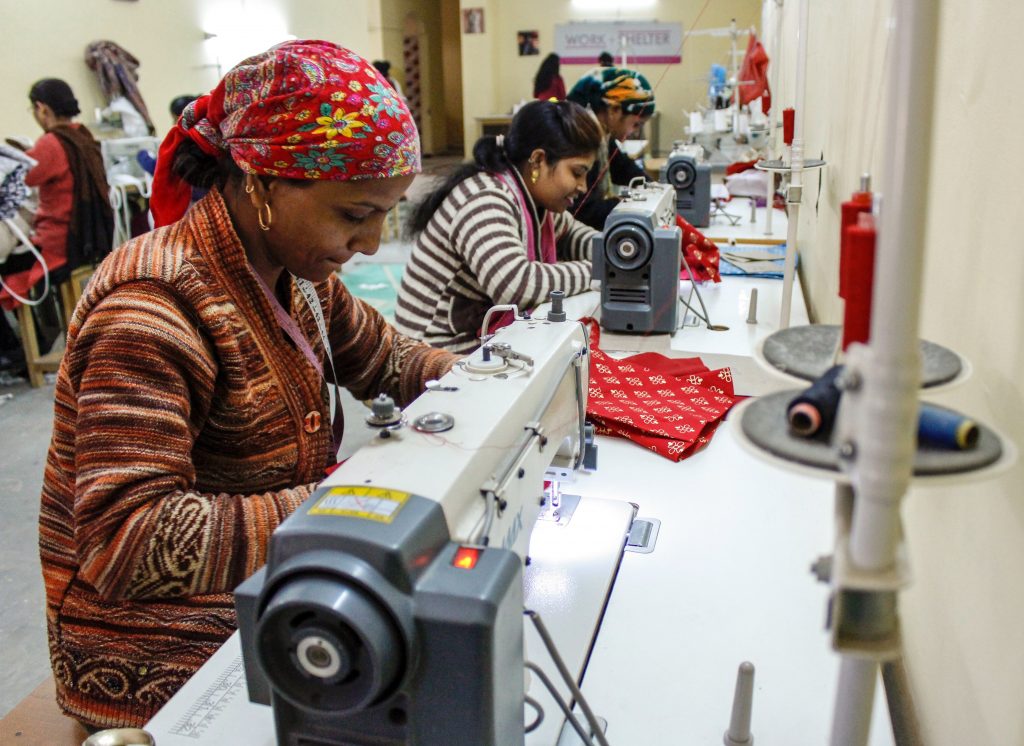 On a very practical level, it’s India because this is where I have experience, knowledge, and resources.

The reason I have those things is because a philanthropist couple funded a program at the University of Michigan for students like me to go to India. They gave 5 undergraduate grants per year, totaling around $3,000 each. At that time, I was desperate to go anywhere, but there was no way I could afford a trip like that on my own.

After hearing about the grant opportunity I went crazy coming up with ideas, doing research, and picking people’s brains. Back then, I knew nothing about India. I was interested in women’s issues and microfinance was really on my mind at the time, having recently discovered Mohammad Yunus. So I wrote a grant proposal to study how economic empowerment changed women’s lives socially in India. I spent a lot of time refining my proposal, and ended up being one of the lucky few to get the grant! That’s how I first ended up in India.

I don’t know why I’m drawn to this work – being a woman, maybe I just am? I do think it’s interesting that there is no country in this entire world where women are equal with men. Think about it:

If women were equal to men, would rape exist?

If women were equal to men, then why are reproductive choices still constrained everywhere?

If women were equal to men, then would the majority of the poorest people in this world belong to one gender?

I’m also really interested in economics and capitalism (to be kind of broad about it), so I really like looking at the intersections between poverty and inequality. My understanding is that men and women have equal capacities, but because women give birth and tend to spend more time raising children, they have less access to the public sphere where income is generated and wealth is acquired. Thus, because they have less access to economic resources, they have less power. Men have more resources – men have more power. It’s pretty simple, and that’s why the core belief of W+S is economic empowerment in a way that makes sense for women.

I’ll never forget the first impact we made at WORK+SHELTER. It was within weeks of our opening, during a time when it was more or less just me sitting and working on my laptop in an empty building all day. We had a really sweet neighbor who would bring over steaming cups of chai every day. She and I would chat in Hindi (which was a struggle for both of us, given it isn’t either of our native languages, but it was the one we shared). She noticed a sample product sitting out, and one day just started trying to make it, for fun. And then, she asked for work. We weren’t totally sure we wanted to bring her on at WORK+SHELTER, given that we were specifically targeting women who who were struggling to support their families – and in her case, she lived in a rental accommodation nearby, and her husband was making enough to pay the rent of their small one room apartment. But she has a great personality and was really motivated, so we decided to bring her on anyway. Only after we hired her and she had been working for many weeks did she share with us that her husband actually regularly beats her. She told us that already her income was shifting the power dynamic with the relationship, and she felt she had more authority to stand up to him.

That’s her right, and I’m so happy that we can provide her with the work that allows her to exercise it.

NOW, TELL US ABOUT YOU!

Where are you from? What are you up to? Where do your interests lie?

We’d love to know if you have any questions, or what topics you want to learn more about! Shoot Brit a message at [email protected]

AND don’t forget to keep up with us over at WORK+SHELTER!

THANKS FOR CHATTING WITH US! UNTIL NEXT TIME…BE WELL.